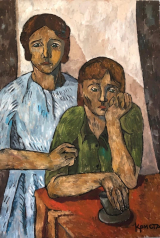 Still Life with a Table, Chair, and a Window

Portrait of a Woman 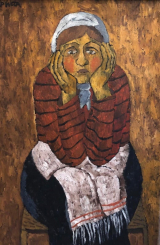 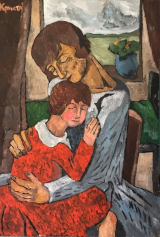 Still Life with a Window

Still Life with a Table

On the Way Home 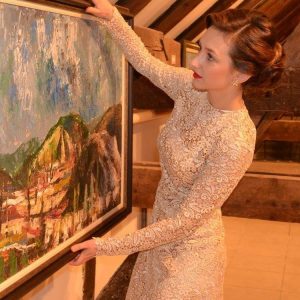 Christa Kirova formally studied painting and earned her PhD from New Bulgarian University in the country’s capitol of Sofia. She wrote her dissertation on “the expressive statements in art from the end of the 20th century to the beginning of the 21st century.” In the years since completing her education, she has focused on exhibiting her artwork. Her oil paintings of landscapes, portraits, and still life compositions have a beautiful and graceful severity.

Kirova is inspired by the cravings of the French impressionists, German expressionists, and Russian classicists. Yet her own style does not imitate or conform to a particular set of characteristics but is formed as a result of her artistic sensitivity and curiosity. She resists classification. Kirova experiments with the formally defined elements of art—color, composition, and texture—in order to solve visual tensions. In her art, the formalities of modern painting are combined with an expressive aesthetic and perception of the world that is equally rational and poetic. Despite her fickle allegiance to realism, or maybe because of it, her work remains sincere. Kirova’s goal is to provoke an emotional response from the viewer and a personal connection to the characters and vistas of her canvases.