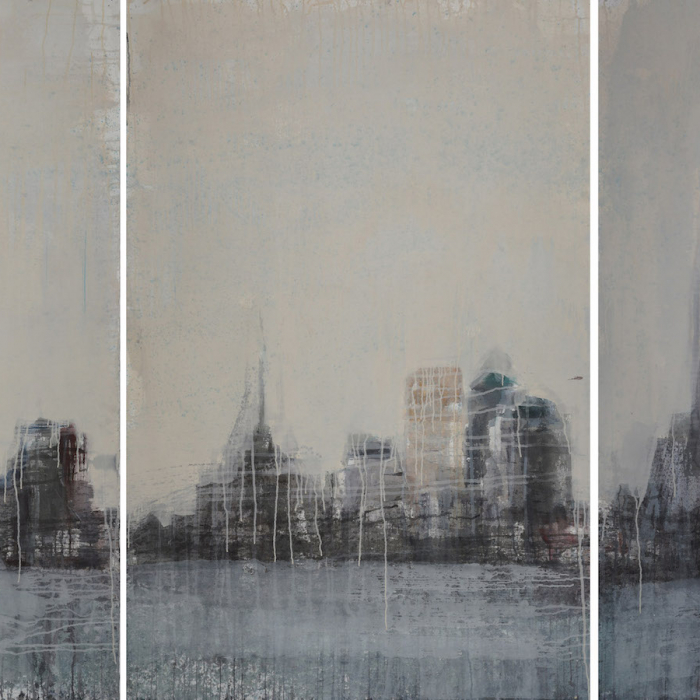 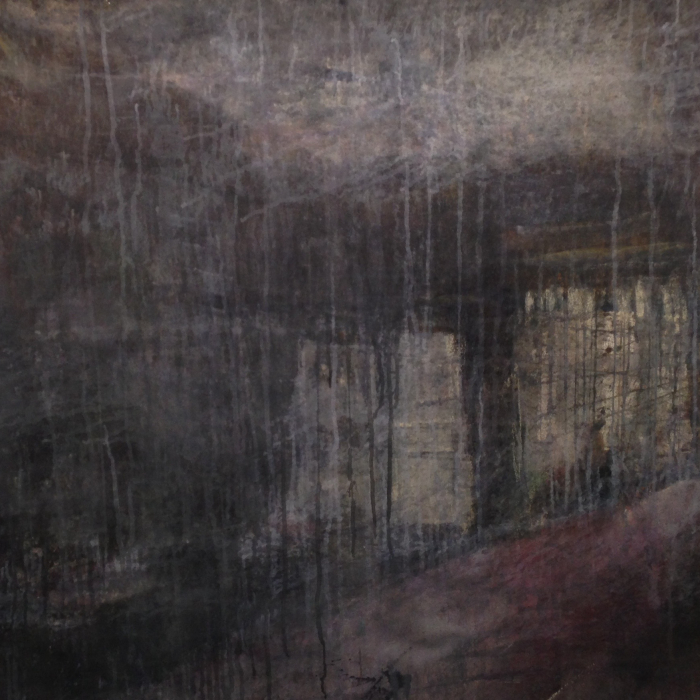 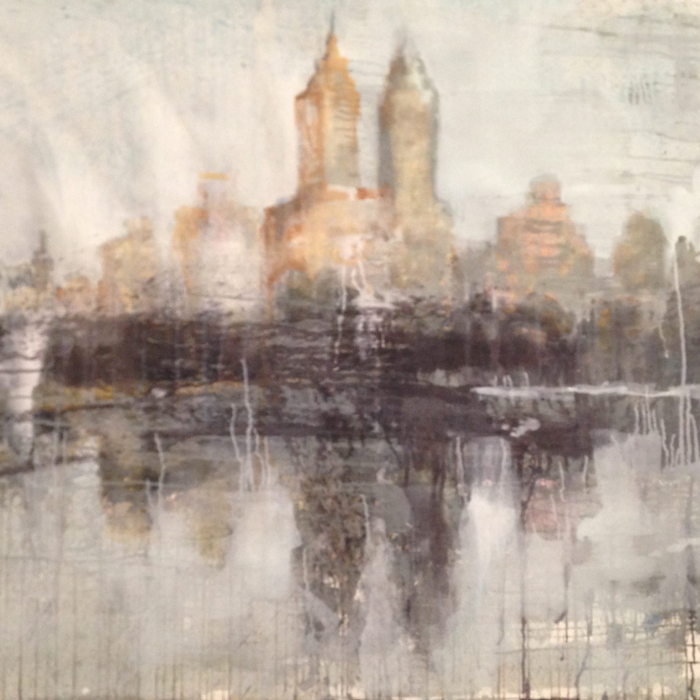 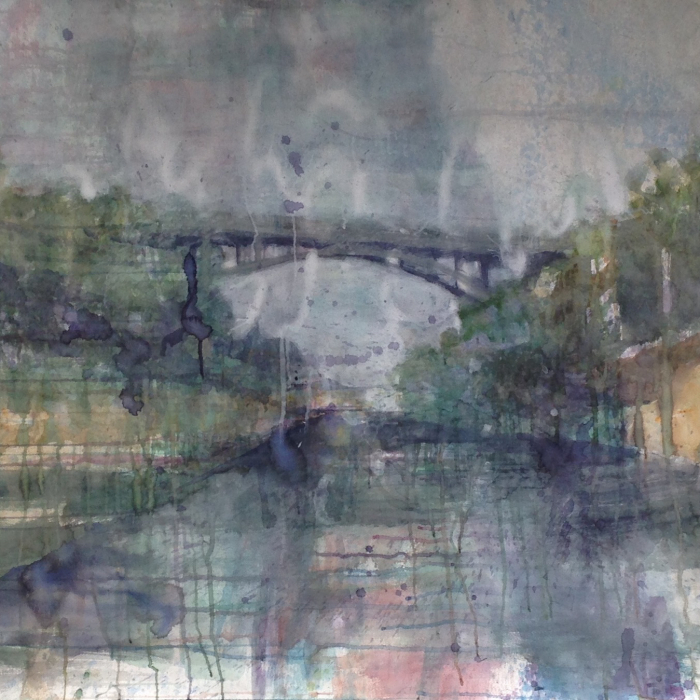 Elizabeth Allison was born in 1975 in Chicago, IL. After receiving her BFA from the University of Michigan she moved to New York City where she continued her studies at the Art Students League of New York.

Elizabeth is the recipient of the Raluca Popescu Memorial Scholarship, a Nessa Cohen Grant, three Elizabeth Greenshields Grants and a Chashama Studio Residency. She was a Model to Monument Participant and had a monumental sculpture in Riverside Park South. She was a visiting artist at Buffalo State College and is a technical instructor at the Art Students League.

My watercolors explore places I have gone, or hope to go. I use sketches, photos, memory and imagination for reference. I want these atmospheric landscapes to capture the impact a place had me, to record it’s emotional temperature.

Dense layers of built up pigment and a labyrinth of drips create each painting. By turning a big sheet of paper this way and that, I manipulate the drip. I lay the painting on the floor to apply broad washes and let the paint puddle up, creating unexpected watermarks. I splash and splatter – the nature of the medium is imperative to the outcome of the painting.

Recently, I have been inspired by the pulsating landscape of New York City and the surrounding region. These paintings chase the light at dusk or dawn, examine times of transition, and peer at the spaces between things. They aspire to capture the way the air not just looks, but smells, feels and changes. The large scale of these works is important – I want the viewer to feel they can enter into the scene, that it lurks somewhere between reality and dream. I want these paintings to invite the individual in and evoke an emotional response.”