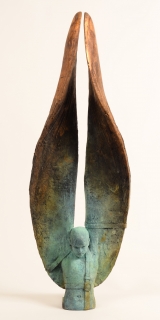 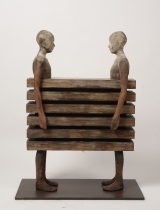 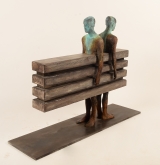 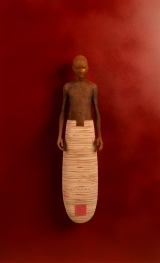 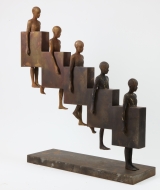 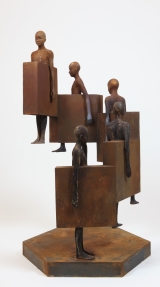 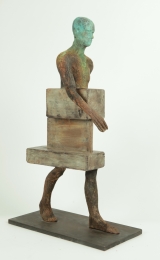 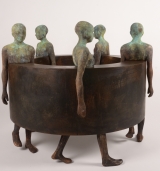 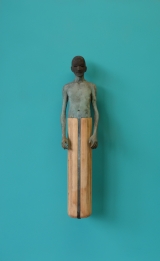 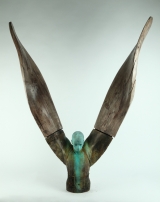 Jesús Curiá lives and works in Madrid, Spain. He holds a PhD in Fine Art from the Complutense University of Madrid and serves as an art lecturer at the Universidad Francisco de Vitoria in Madrid. Curiá has exhibited internationally for nearly three decades and his works are held in such prestigious collections as Sungsan Art Hall (South Korea), ONCE’s Typhlological Museum, C.A.M. artistic heritage fund, and U.C.M. artistic heritage fund.

His practice is concerned with capturing the essence of the human being. Curiá’s sculptures blend figurative elements with abstracted bodies in an attempt to express tradition, modernity, and culture—themes that are foundational to his artistic approach. His characters, which are somehow both ancient and futuristic, reflect the artist’s ideas and emotions toward the contemporary world and raise questions of identity, community, and globalization.

Curiá instills his figures with an ambiguity that is fundamental to his visual language. The facial features in his works are neither western nor non-western, male nor female. Their powerful forms and gestures evoke a broad range of emotions including joy, serenity, solidarity, and, occasionally, defiance. Though he primarily works in bronze, Curiá thoughtfully integrates wood, stone, concrete, and resin when these materials directly relate to the concept he wishes a sculpture to convey.