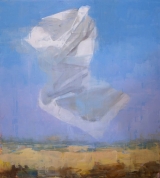 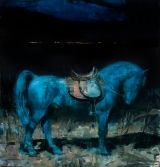 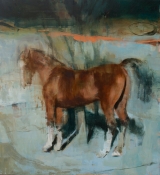 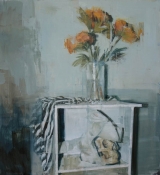 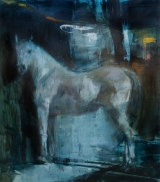 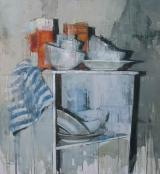 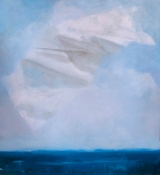 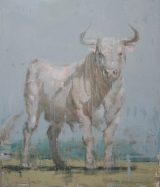 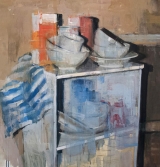 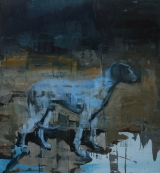 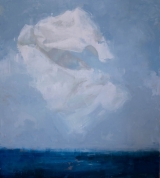 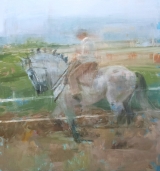 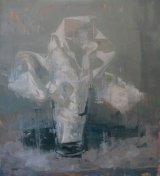 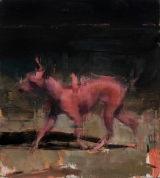 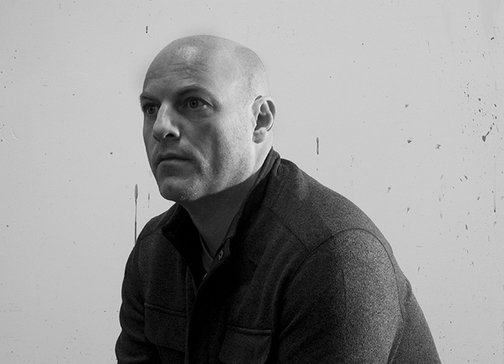 Joseph Adolphe was born in Calgary, Canada. After receiving his MFA in New York City he continued to live in the United States. His paintings have been featured in over forty exhibitions, both within the U.S. and abroad. Within his body of work, there is a rich diversity of subjects and formal approaches, but whether he is depicting a bull, a firearm, or an ethereal object in the sky—all of which number among his favorites—his paintings share an underlying interest in the universal. There is something autobiographical about his work, in that it seeks out the larger forces that shape and guide his life, but just as often, his paintings represent attempts to come to terms with those forces in those rare instances when they make their presence known.   –Matt Zazzarino