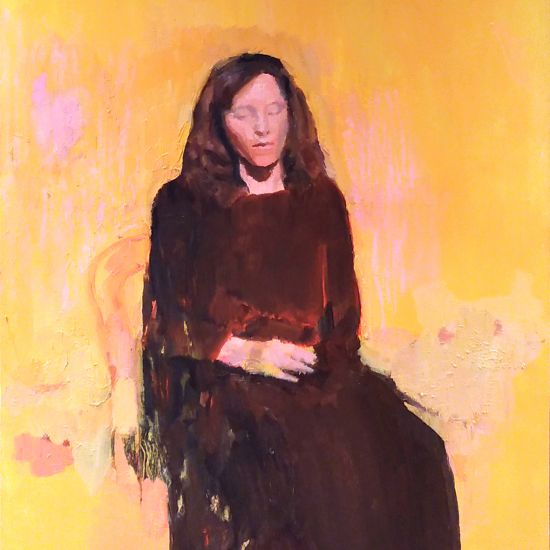 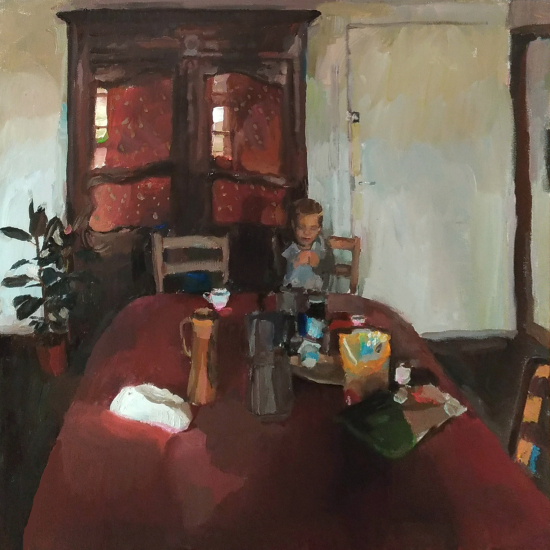 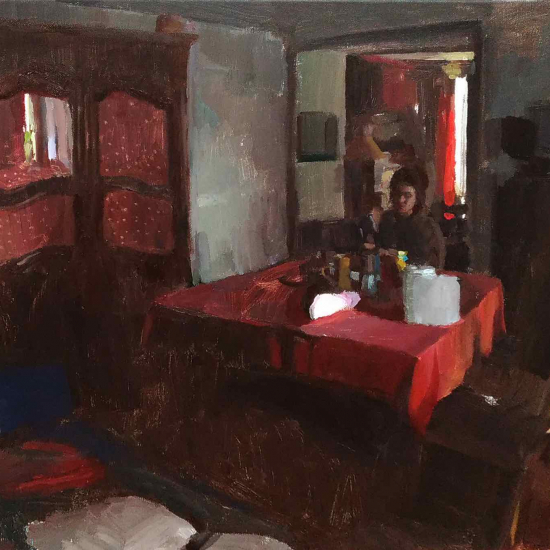 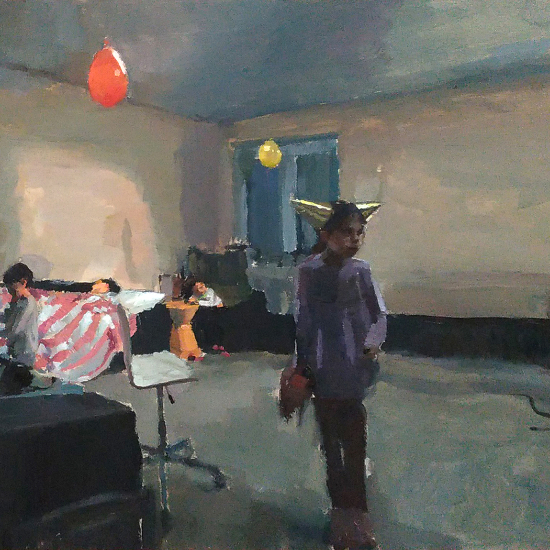 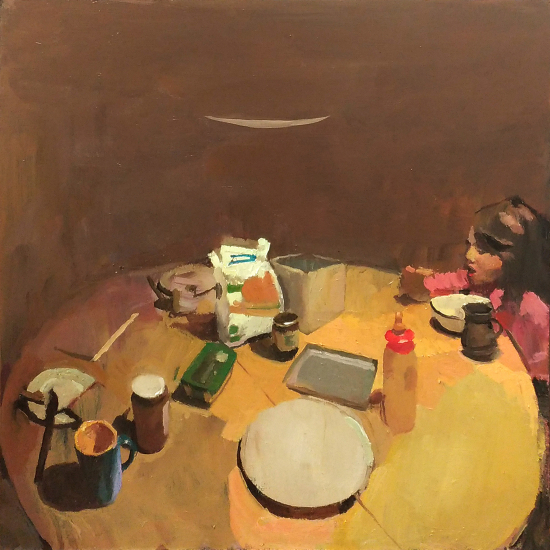 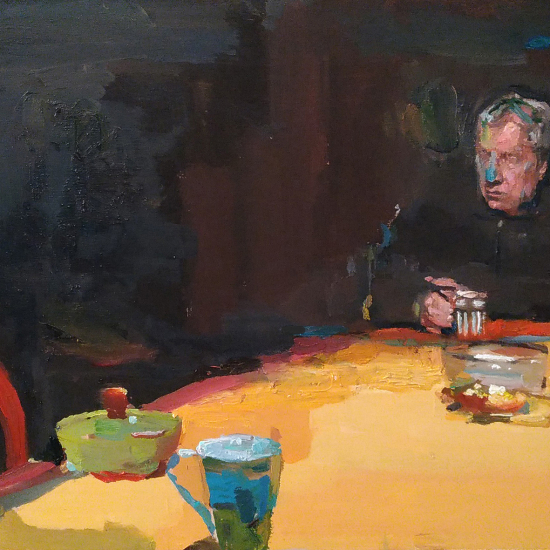 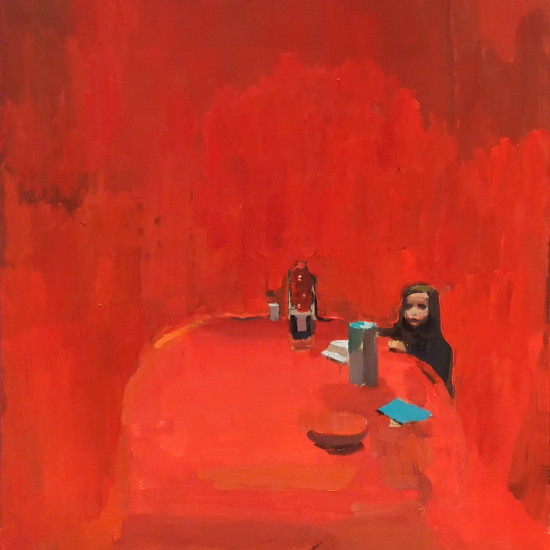 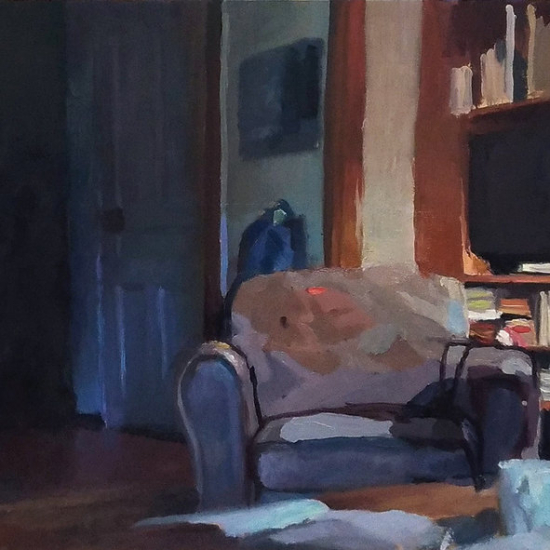 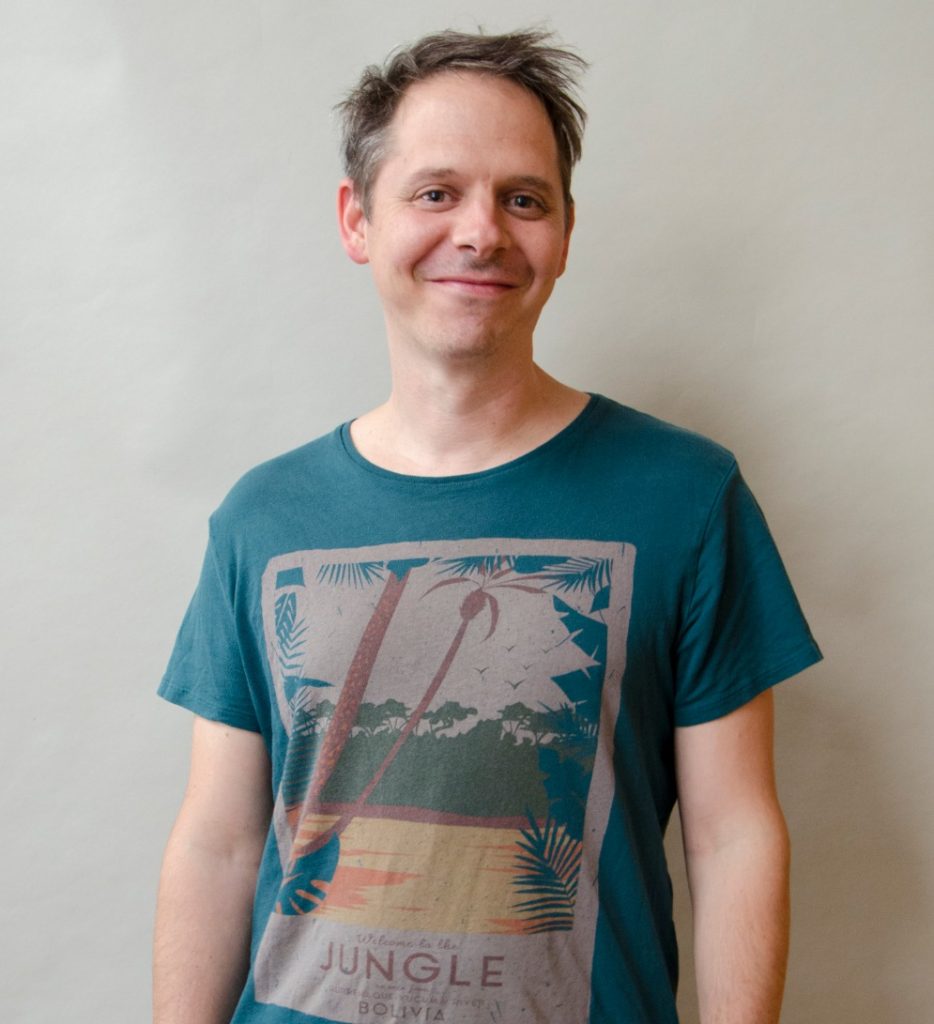 Marc Dailly was born in Geneva in 1978. He studied illustration at the Emile Cohl School in Lyon, France, earning his diploma in 2004. Soon after graduating, however, he devoted himself to his first passion: oil painting. Dailly’s artistic practice is marked by many different models. He is inspired by the work of painters from Vermeer to Goya, the realism of the Russian school of painting and Les Nabis, as well as American detective stories and Terrence Malik’s films.

Dailly’s perspective on contemporary, figurative painting is to play on the “unspoken.” His technique is at once vivid and restrained. The artist is wary of falling into an overly rigid style and eschews a heavy hand:

I am afraid to control my painting too much; I prefer to give free rein to my unconscious who will probably know better than I how to tell stories.

This predilection for freedom, coupled with a penchant for playing with proportion and color, results in somewhat skewed scenes of everyday life. It is as if Dailly yearns for meaning in a world from which he feels distant. Often isolated subjects recall the limits of our ability to understand and communicate with others, while unnaturally fluorescent colors question our attraction to artificial perfection. Existing between the strange and quotidian, distance and intimacy, his artwork references a world where both we and he must seek connection and forge belonging.

Dailly was discovered by Gerard Gamand, directeur of Azart magazine, in a 2009 group show at Chantal and Patrick Pons Gallery in Lyon. Gamand devoted nine pages to Dailly in the July–August 2009 issue of Azart. The artist has exhibited for over a decade, mainly in France and Switzerland. Hugo Fine Arts Galerie is proud to present the work of Marc Dailly for the first time outside the European continent.