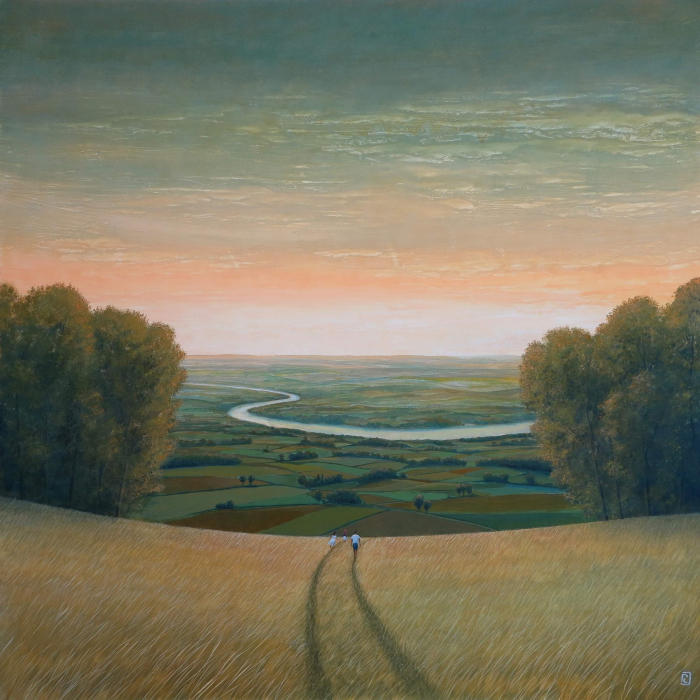 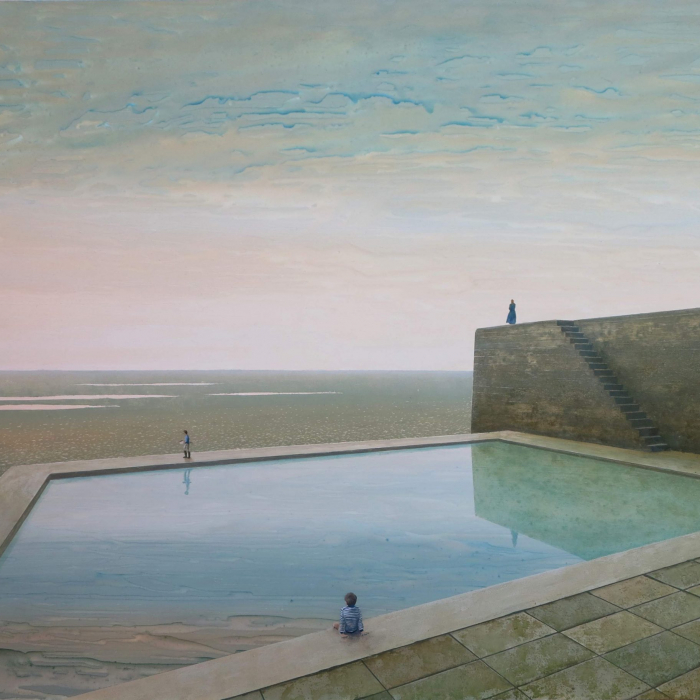 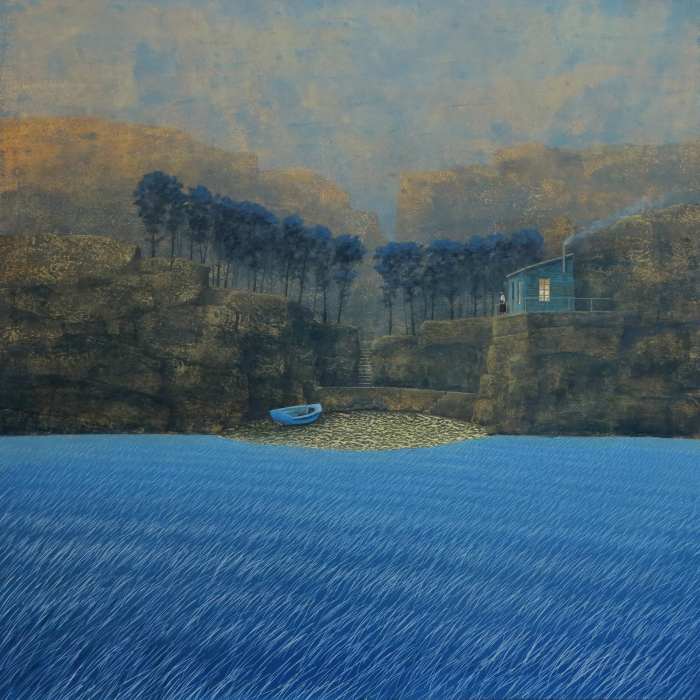 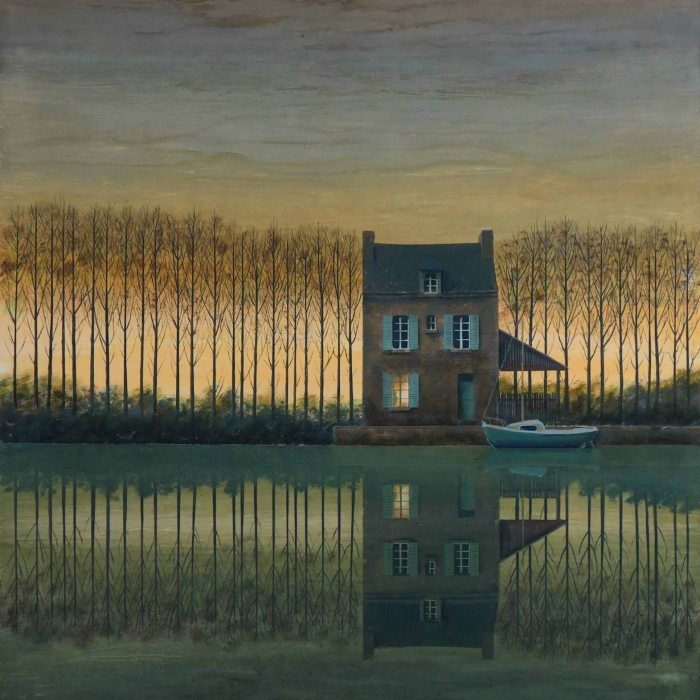 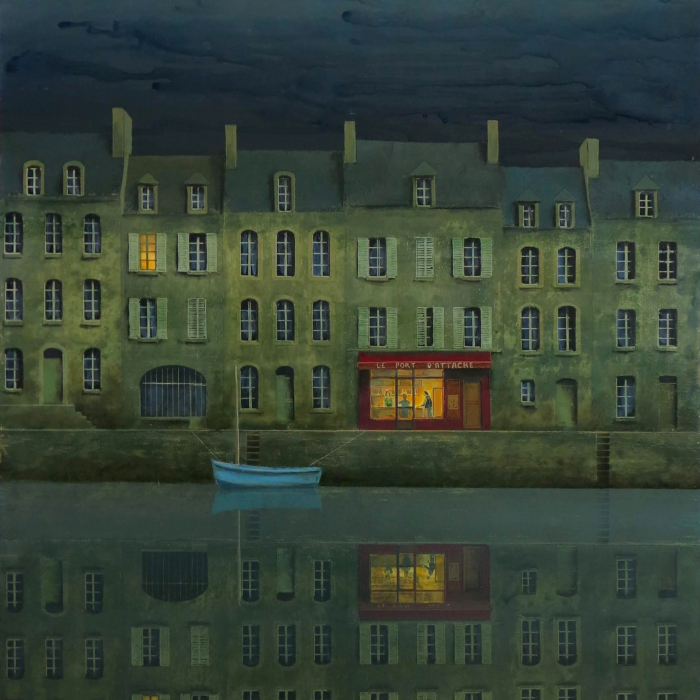 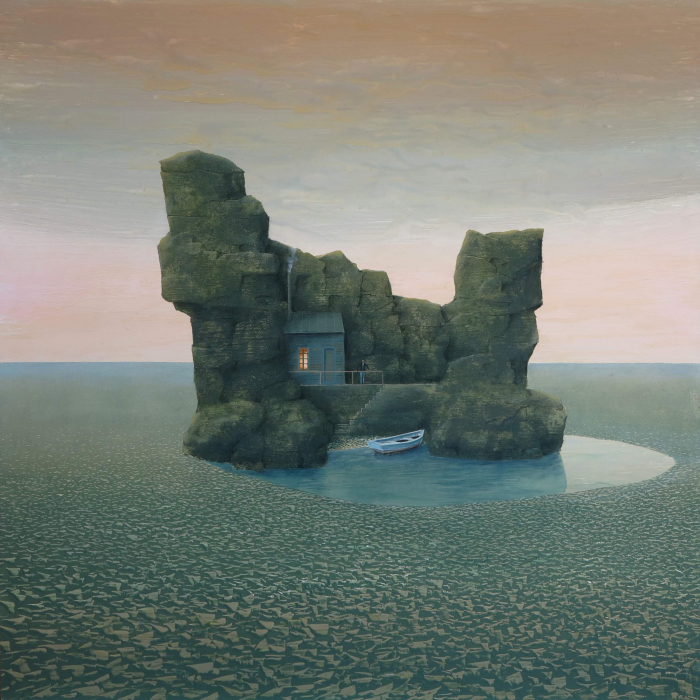 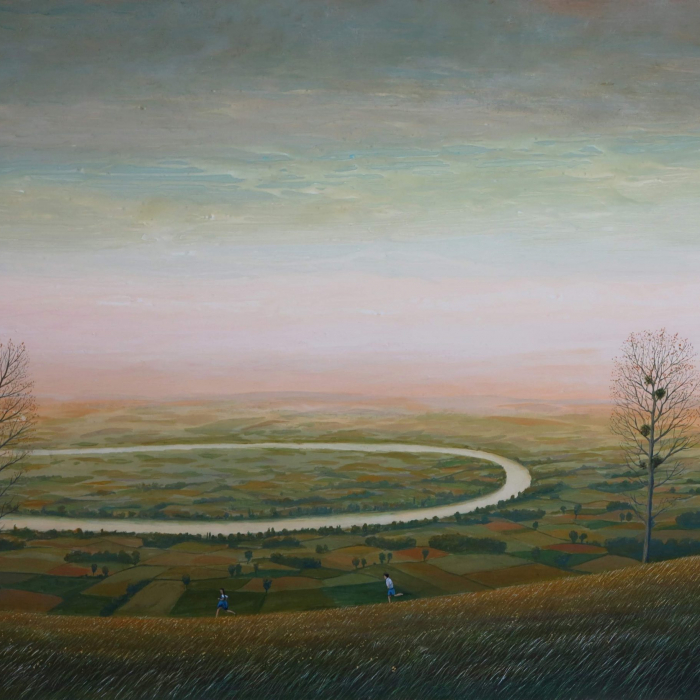 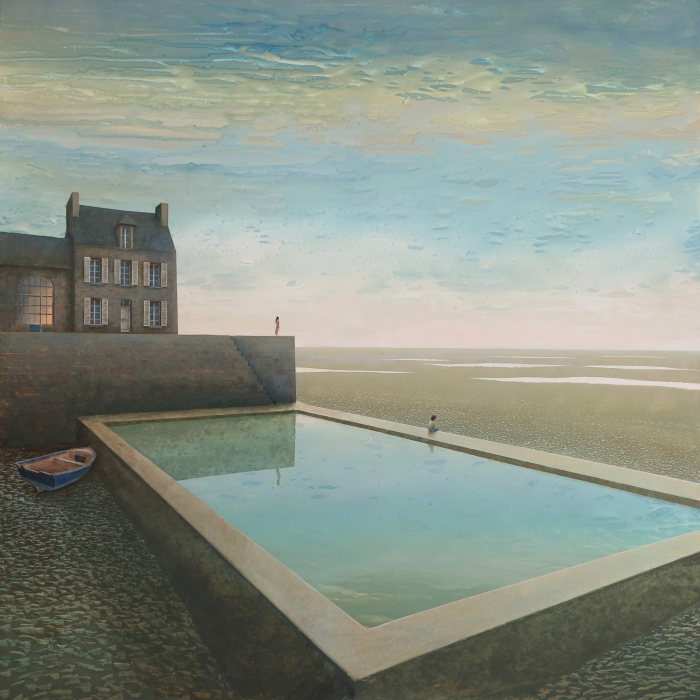 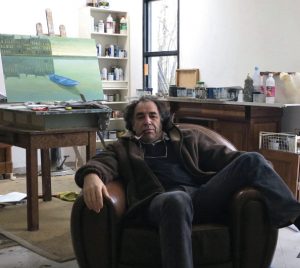 Philippe Charles Jacquet is not simply a painter of landscapes; he is a creator. Jacquet has mastered the ability to combine what is real and what is imagined. As a result, his compositions, heavily inspired by Brittany coasts and estuaries, have an element of the sublime and register deeply with the subconscious. Although he paints sparse landscapes, there is something fundamentally pleasing in the surreal, idealized quality of his work.

Jacquet was trained as an architect at the Ecole Nationale Supérieure des Arts Décoratifs. After pursuing his career in architecture, he decided to dedicate himself solely to painting. One can detect his background in architecture in his heavily symmetrical, geometric landscapes. However, he successfully offsets the very calculated appearance of architectural compositions with rich colors and an intriguing variety of surfaces ranging from glass-like water to rusted, flaking hulls of barges.

Jacquet is entirely self-taught and his painting technique undoubtedly sets him apart from other artists.  Working in gloss paint, an industrial medium, he begins by painting his plywood surface with a uniform base of an off-white color. This medium allows him to achieve remarkably smooth surfaces. Each area of the composition is approached differently: sometimes textures are created using several transparent layers while others are achieved through the use of a razor blade to scratch away at the surface.

Jacquet takes extra care when approaching the houses that often appear in his paintings. He builds rather than paints these structures, often composing them on paper and later transferring them onto the backdrop. They effectively serve as reminders of a human presence in these expansive, dream-like landscapes.

Jacquet currently lives and works in Pantin, a suburb north of Paris, where he ran an exhibition hall. He has exhibited in solo and group shows throughout France. Notably, he won first prize at the Plastic Arts Exhibition at Melun.